As a gun owner, I don’t need the government to tell me to follow a few simple rules of gun safety.

The first is muzzle discipline: I point guns only at things I intend to destroy. You might think this would be a universal practice, but shocking numbers of people mistakenly shoot each other (and themselves) every year when they squeeze triggers without realizing guns are loaded. Thousands of people are killed every year when people make such tragic mistakes. The one common element of nearly every incident is that the person who pulled the trigger was confused about whether the gun was loaded.

Some people assume that removing the clip from a gun means it cannot be loaded. Others squeeze the trigger on a gun once and, when it does not fire, erroneously conclude that the gun must be empty. All too often, pointless tragedy ensues.

Here is a video example of consequences of poor muzzle discipline that does not result in death. (As you watch, feel free to ask out loud what kind of idiot would point a gun at his own hand and squeeze the trigger.)

The next safety I follow is trigger discipline. It means I only put my finger on the trigger when I intend to shoot what I am aiming at. I do this because I know that if rest my finger on the trigger itself, it “may involuntarily move for any of several reasons: the handler is startled, a lack of full attention on body movements, physiological reasons beyond conscious control such as a spasm, stumbling or falling, or the finger being pushed by something (as when trying to holster a handgun with one’s finger on the trigger). Handlers are therefore taught to minimize the harmful effects of such a motion by keeping their finger off and far away from the trigger until the muzzle is pointing at the target and the handler wishes to discharge the firearm.”

Here is a nice picture of someone practicing good trigger discipline. See how has extended his trigger finger until he is ready to shoot? This minimizes the risk of inadvertent firing. 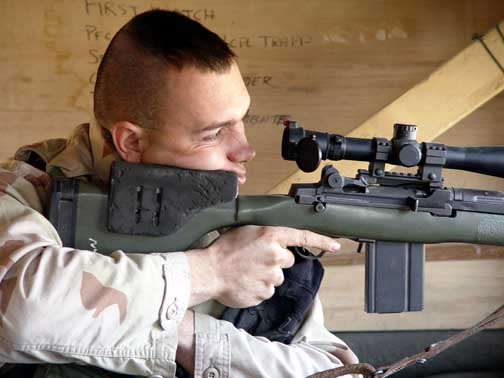 I practice good muzzle and trigger discipline because I am aware that when I carry a gun, I risk of accidentally shooting someone by mistake. I therefore take action to minimize the risk that my actions will result in tragedy.

Now, if you are wondering what this gun safety talk has to do with wearing masks during the pandemic, I am glad to explain. To begin with, we now understand that a large percentage of people who are infected with COVID-19 become infectious without ever realizing that they have been infected. It now appears likely that 40% to 45% of people who are actively infectious are either asymptomatic or presymptomatic. This means they “feel fine” while they are spreading the disease for 14 days or more.

This horrifying fact makes COVID-19 unlike any other disease in our lifetime, and appears to be a key reason that COVID-19 has, in a just few months, already killed more Americans than World War I. The disease is extremely contagious.

If you look at news reports describing reactions to people who test positive for COVID-19 despite having no symptoms, the most common reactions appear to be shock and horror. First, shock that they have a disease that could kill them and their friends and family. Second, horror at the realization that in recent days they may have in fact infected large numbers of people around them, inadvertently, depending on how well they have been social distancing and wearing a mask.

The second thing we also know for sure now is that if you are infected and you wear a mask, doing so dramatically lowers the the risk that you will infect others, thanks to your mask blocking the spray of infected droplets from your breathing, talking, singing, yelling, and coughing.

Early on in the crisis there was some uncertainty about this, but as data has come in and been analyzed repeatedly there is no longer any scientific dispute on this issue. Wearing a mask doesn’t make you invincible but it helps materially. A recent meta-analysis of 172 studies examined various efforts to block the transmission of COVID-19, SARS and MERS from an infected person to nearby people. The meta-analysis, published earlier this month in The Lancet, showed that mask wearing significantly reduces the risk of viral transmission.

Combining the fact that (1) large percentages of people spread the virus without knowing it; with the fact that (2) masks make it harder for contagious people to infect those with whom they come into contact; leads inexorably to a powerful conclusion: We should all wear masks for the same reason that we practice good muzzle and trigger discipline: Because any of us could be infected without knowing it, in the same way that any gun can be loaded without us realizing.

I am humble enough to acknowledge that I have been wrong many times in my life, and I will be wrong many times more going forward. I do not want to hurt anyone by mistake and certainly don’t want to kill anyone.

I hope that other gun owners and brain owners will do the same.

One thought on “How Does A Freedom-Loving Gun Owner Feel About Wearing Masks During the Pandemic?”